Stay up to date with all of the latest news with SZapp!

Congratulations to Alisa 5/6B, Liana 5/6FW and Pearl 5/6B who have been selected into the ACT U12 Girls Football (Soccer) Team. The girls will compete at the Nationals held in Canberra in August.

The team for the Belconnen Region Athletics Carnival was announced today. Congratulations to the 33 students who will represent our school on Monday 19th August at the AIS. Permission notes will come home at the beginning of next term. 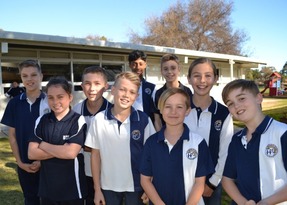 Congratulations to Josh 5/6FW who took out the fastest sprinter title! In second place was Liam 5/6FW and third Anthony 5/6B. Congratulations to Liam, Anthony, Josh, Oliver, Liana, Tamika, Jacob, Mitchell and Samuel who competed for the top spot.